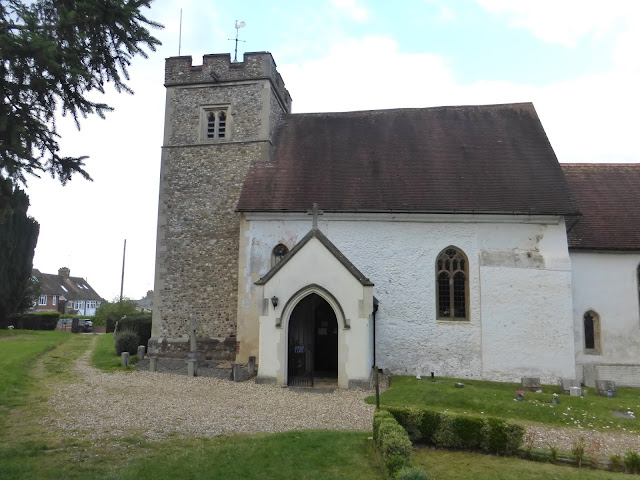 Little Wymondley - which is now much bigger than nearby Great Wymondley, but was presumably once smaller - was the site of an Augustinian priory founded in the early 13th century. Remains of the priory's church are incorporated into a house (not open to the public); the impressive associated tithe barn, which has been tree-ring-dated to 1540-1 (though some elements may be earlier), is now used as a wedding venue. According to that monumental work of Edwardian scholarship the Victoria County History the priory's then owner had the splendidly imperialistic name Colonel Unwin UnwinHeathcote (I'm not sure if his surname is misprinted and is meant to be hyphenated). 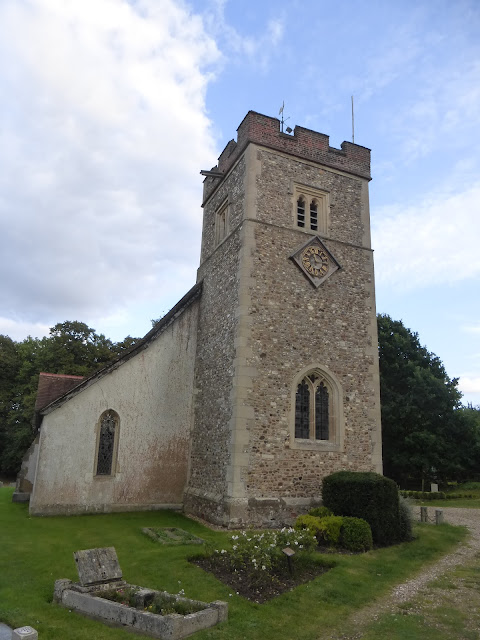 It's hard to dig up any similarly offbeat facts about the disappointing parish church, half a mile south. It's alleged to have Norman origins, and to have had an apsidal east end, but there's nothing visible to confirm this. What is seen now dates from the early 15th century, restored and added to by John Thomas Lee (c.1845-1920) in 1875. There are few architectural features of note. The tower seems to struggle to rise high enough to apologetically peep over the top of the nave, and inside the north aisle (by Lee) with its lean-to roof is narrow and characterless. 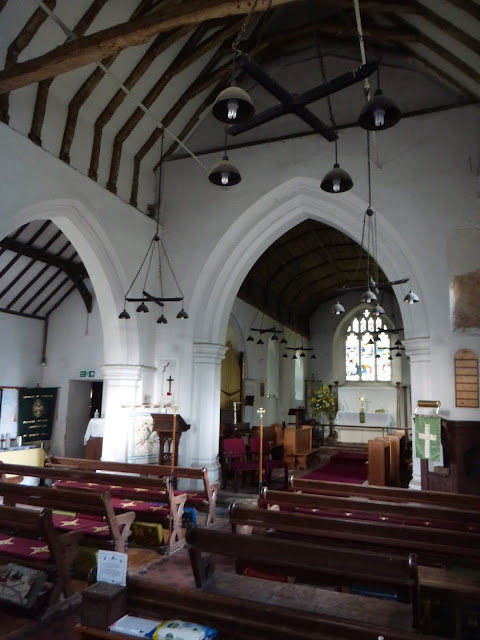 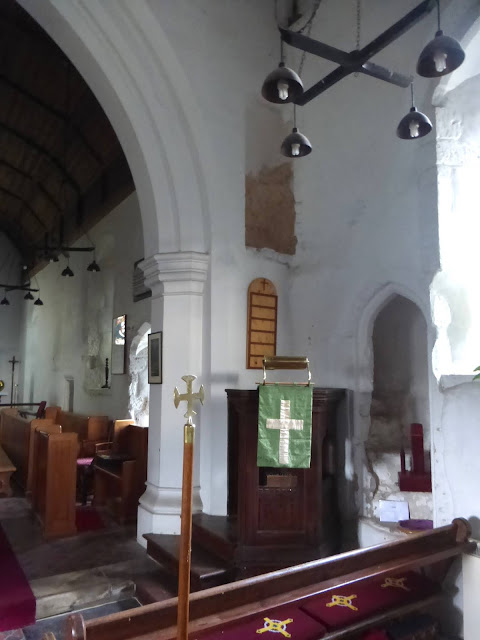 The stairs to the former rood loft, and their associated doorways, were discovered as recently as 1948; their presence accounts for the bulge in the south wall of the nave (visible in the photo at the top of the page). 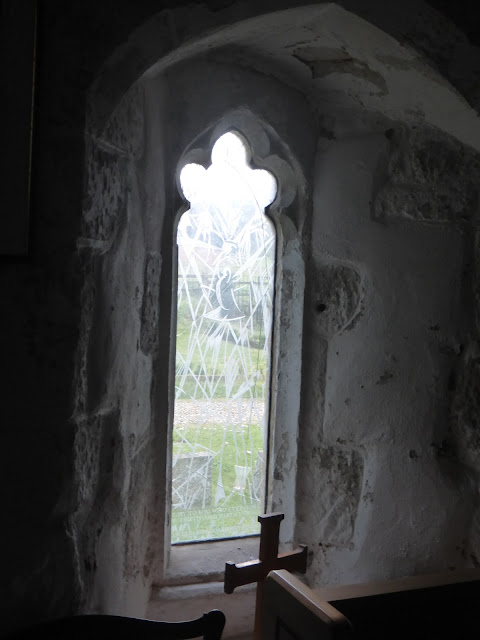 In the chancel is an engraved glass window from 1974 by Francis Skeat (1909-2000). Like all engraved glass it's difficult to photograph; it's also sadly riven by large cracks. Skeat was born in St Albans and seems to have spent most of his working life in the county; he was a pupil of Christopher Webb, but from what I've seen lacks the charm that Webb can occasionally have. He's mostly known as a stained glass artist; I don't know how many engraved glass windows he produced. 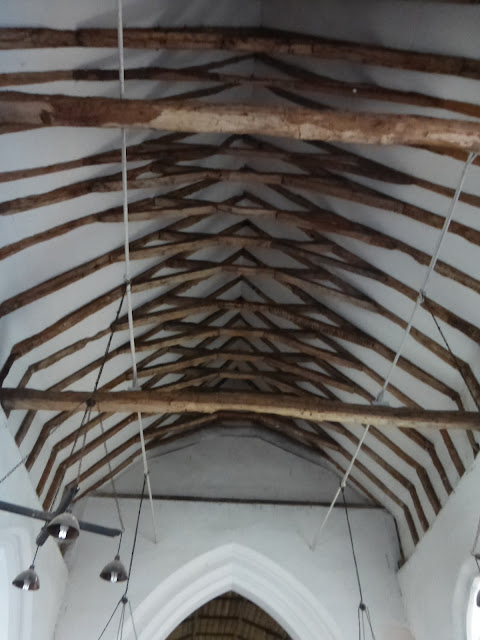 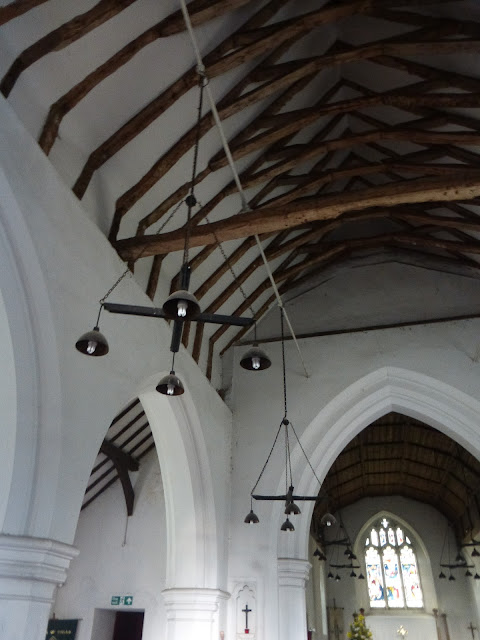 Perhaps the church's outstanding architectural feature is the nave roof. The Statutory Listing (1968) compares it to the roof of the priory's barn and speculates that both may date from the 13th century. Presumably this predates the tree-ring-dating that established that at least some of the barn's roof is 16th century. The timbers are simple, almost primitive, but their repetitive pattern is so hypnotic that who cares whether they're 800 or a mere 500 years old? 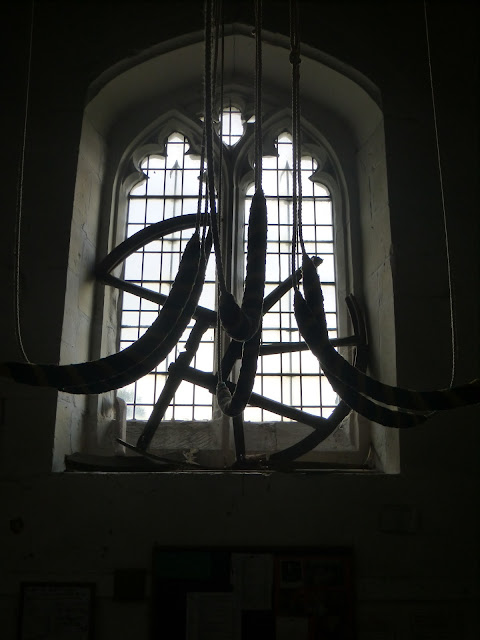 But my favourite artefact in the church is this old bell wheel, to which the headstock was once attached; from this the bell was suspended. It's been placed on a window frame, either as a piece of abstract sculpture or just to get it out of the way.
Although there's not a lot for the average aficionado of churches to see in Little Wymondley, it is clearly treasured by its parishioners, who, I'm glad and grateful to say, keep it open during the day. 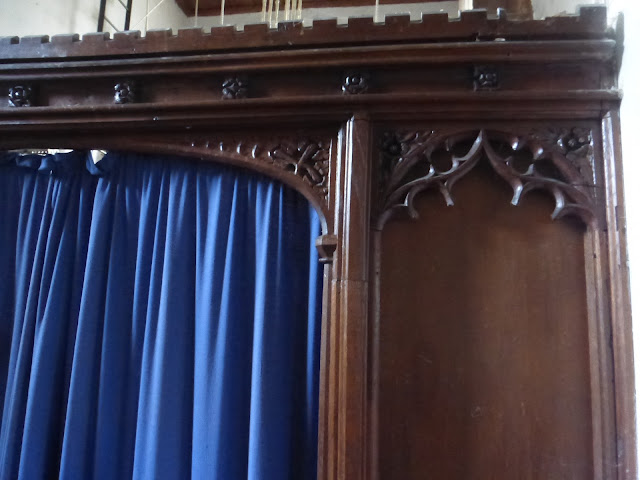 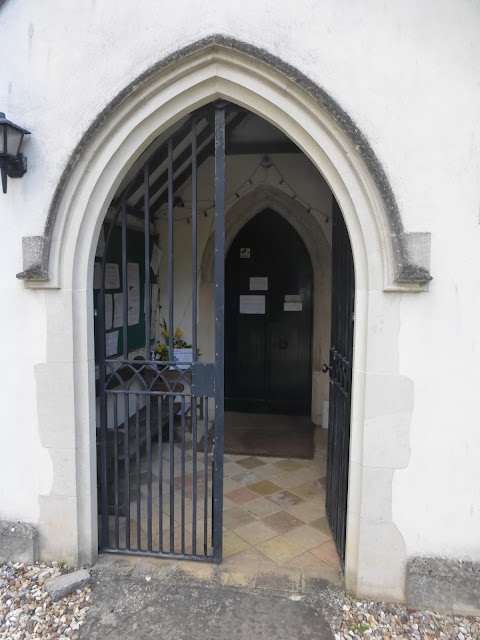 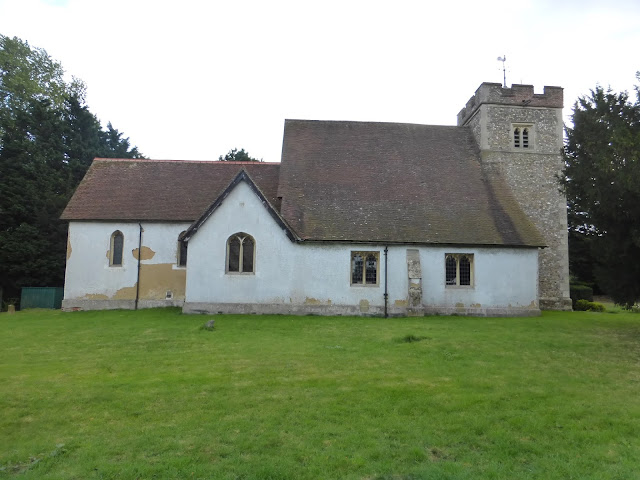 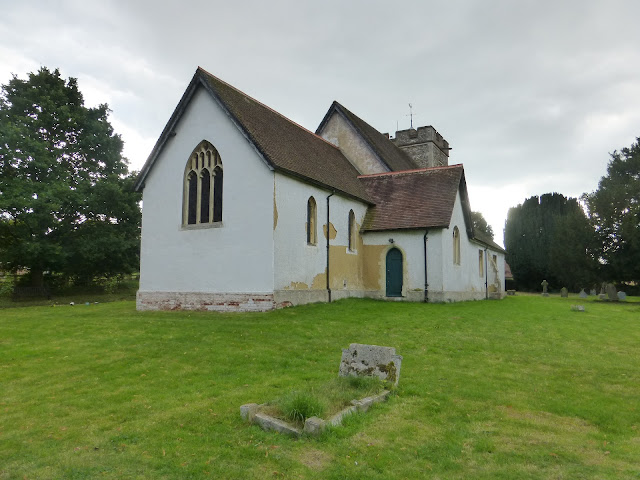 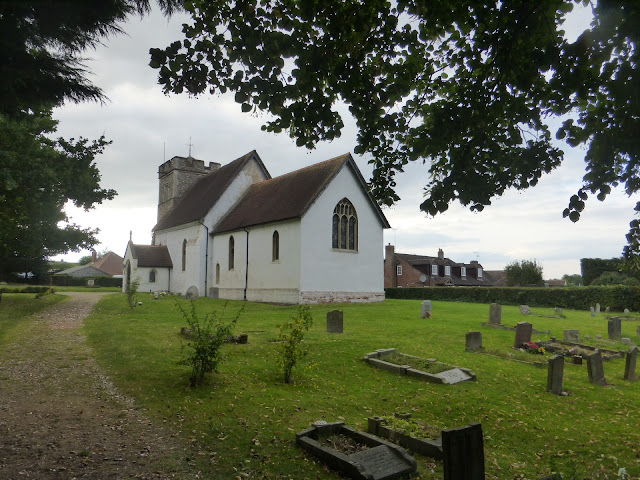 Posted by David Gouldstone at 18:32