An animal anthology of carvings in Cambridge. 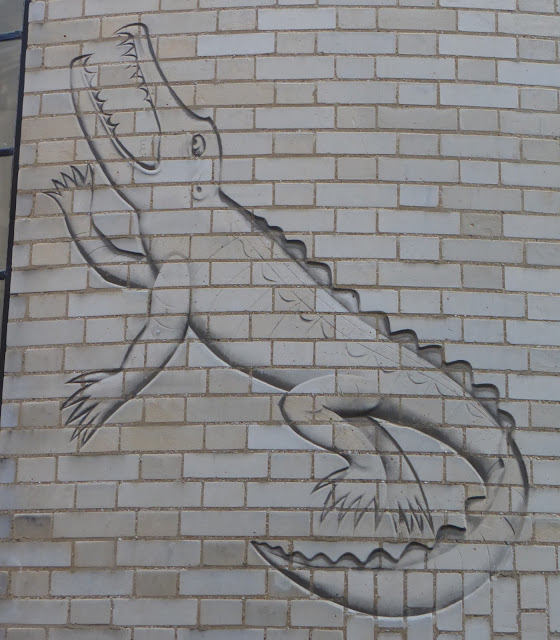 Crocodile on the wall of the Mond Laboratory on the old Cavendish site. It was commissioned by the Russian scientist Peter Kapitza as a humorous reference to Ernest Rutherford, the director of the Cavendish Laboratory. 'The Crocodile' was apparently Kapitza's nickname for Rutherford; the University's website claims that this was either because Kapitza was afraid of getting his head bitten off by his boss, or because Rutherford's loud voice could always be heard long before he arrived, like the ticking of the alarm clock in the stomach of the crocodile in 'Peter Pan'.

Since the Physics Department's move to the West Cambridge site, the building has been occupied by the Mongolia and Inner Asia Studies Unit. 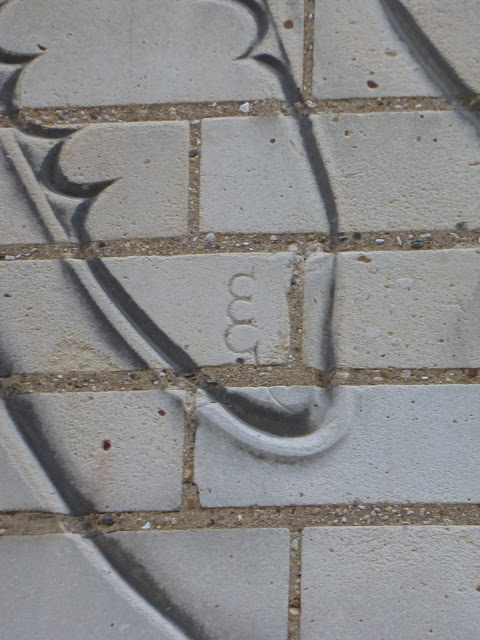 The crocodile was carved into the brick by Eric Gill in 1933. He signed it with his monogram wittily replacing the tongue. We can assume that crocodiles were one species that he didn't try to have sex with. 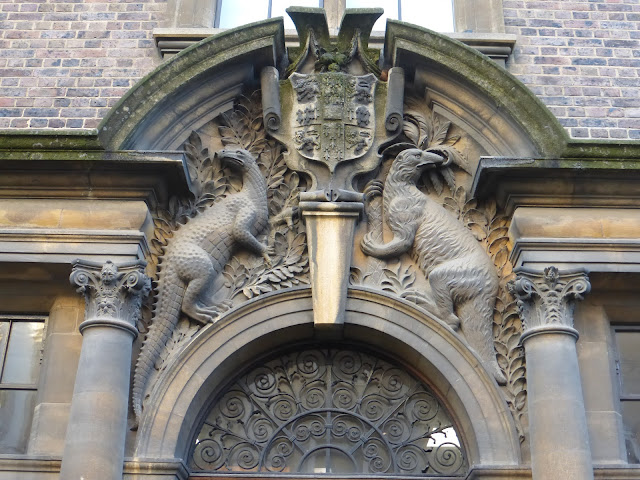 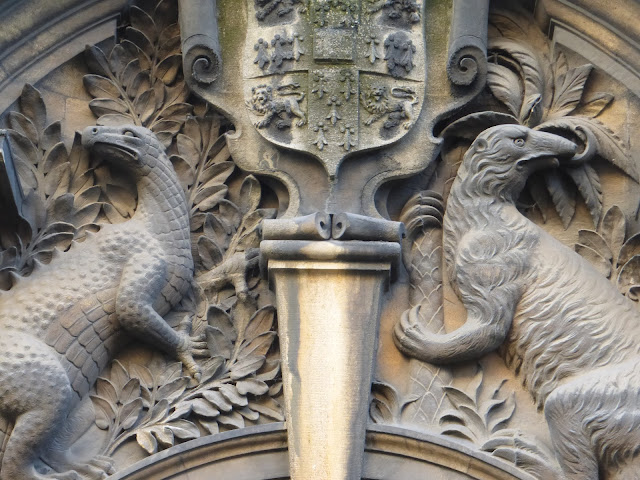 Iguanodon and very cuddly-looking ground sloth (which seems to be clutching the palm tree for support, as if under the weather after a night out) on the Sedgwick Museum of Earth Sciences in Downing Street. They were carved c.1904 by the firm Farmer and Brindley, who also made the numerous animal sculptures that populate the Natural History Museum. In the Earth Sciences Museum is a real iguanodon skeleton (or, more accurately, a cast of a real skeleton). 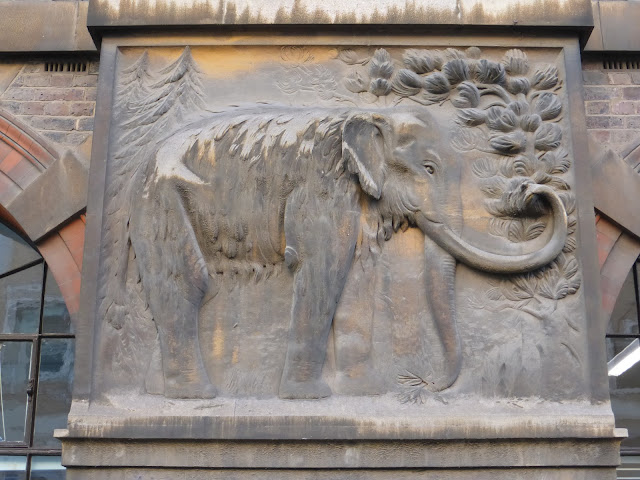 A mammoth from the Earth Science Museum. 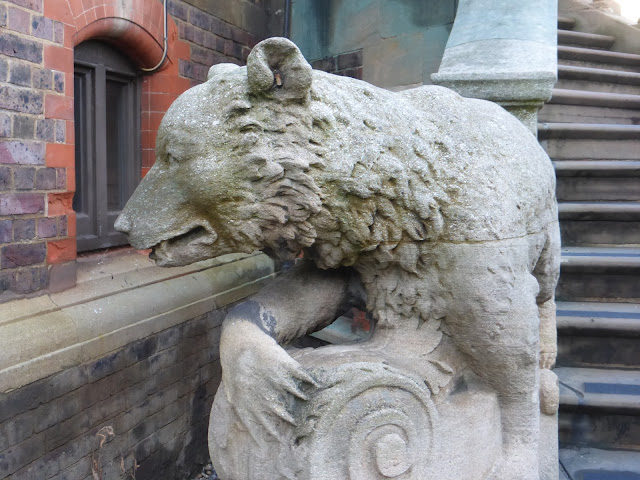 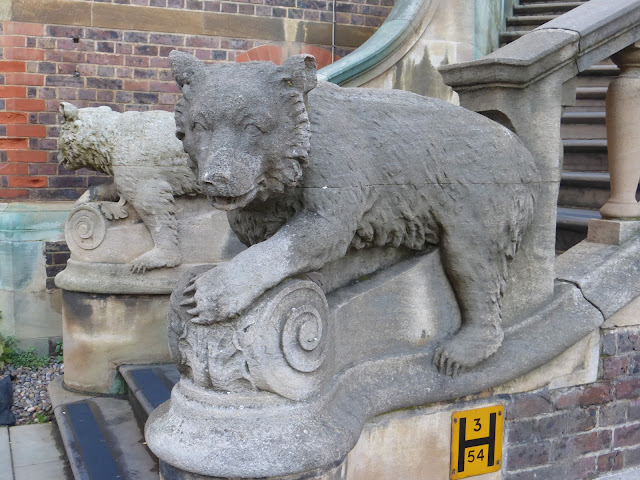 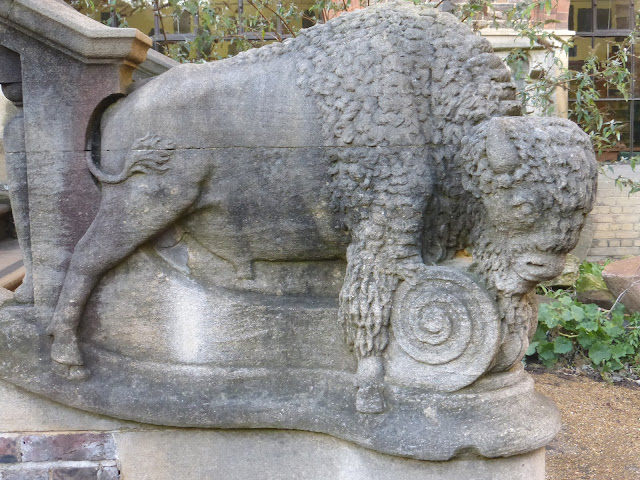 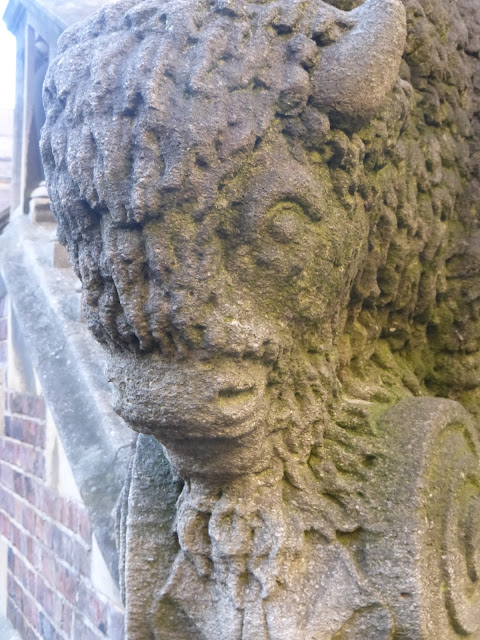 Bears and bison from the Earth Sciences Museum. 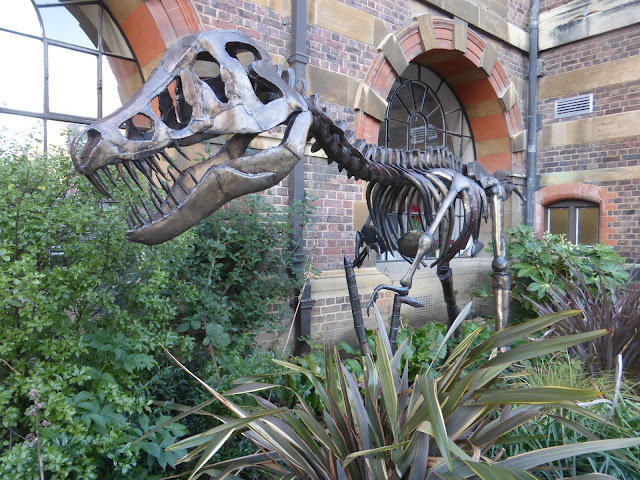 Sculpture of a Tyrannosaurus Rex, outside the Earth Sciences Museum. It was made of welded sheet metal by Ian Curran, a blacksmith from Doncaster, and was originally commissioned by Clare College as the centrepiece for a May Ball. It was moved to its present position in 2015.

More Cambridge beasts to come . . .
Posted by David Gouldstone at 17:43 No comments:


UPDATE: The fire is not now considered to be an arson attack, but was due to an electrical fault. Which doesn't lessen the damage caused, but does make me less despairing of humanity.

The church of St John the Baptist, Royston, Herts, was badly damaged by fire in the early hours of Sunday 9 December (local news report here). Apparently it was an arson attack, an act of ignorance and barbarity. It is currently unclear exactly how bad the damage is; it is said that the roof has partly collapsed, and the tower is smoke-blackened, but the walls are standing to their full height and the glass in the north windows seems to be intact. Nevertheless, judging from the flames in the news photographs, we should be prepared to learn that the interior is almost entirely lost.

The church has, or had, much to interest aficionados of architecture. It preserves the remains of a monastic church and dates mostly from the 13th century, though much altered in later eras. I haven't time to write a complete article about it now, but here are some not very adequate photos taken on my most recent visit, in 2015, with brief captions. 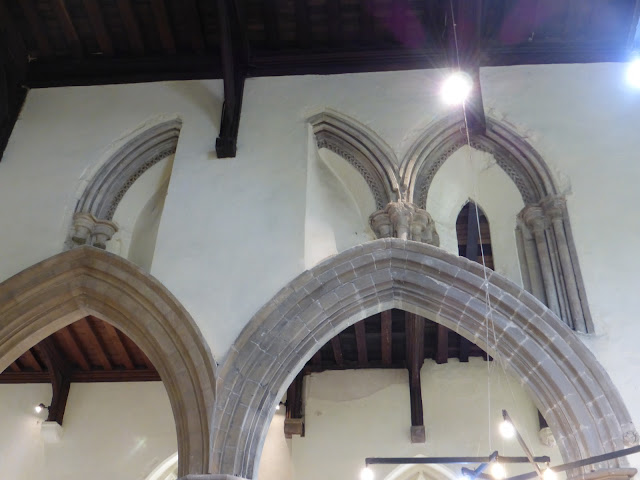 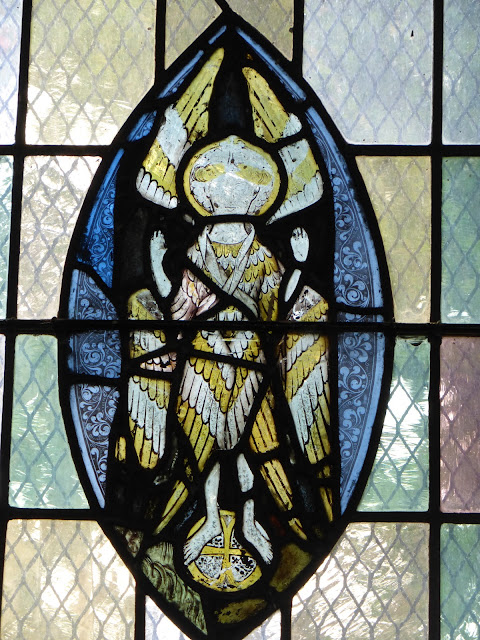 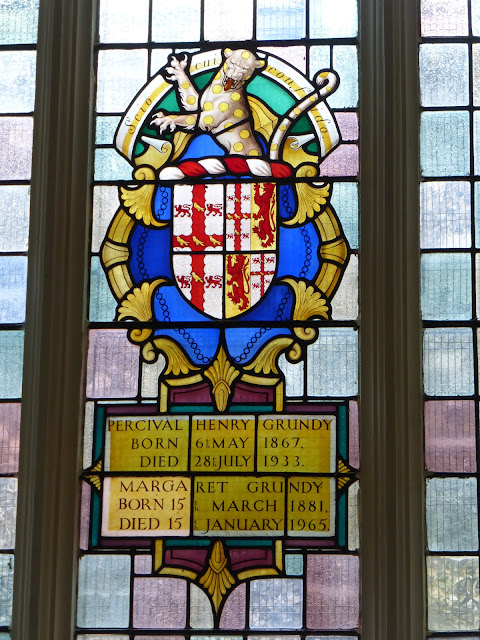 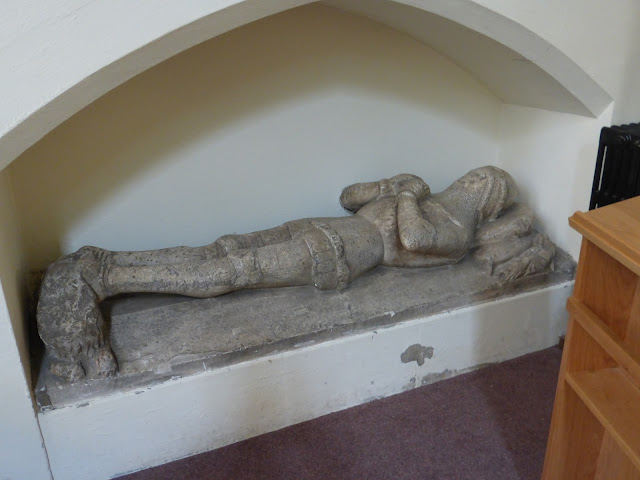 Posted by David Gouldstone at 18:19 No comments: