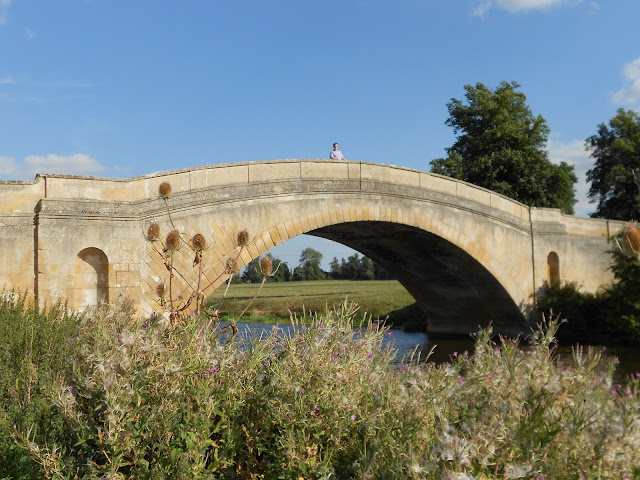 Sir John Soane (1753-1837) must be one of the unluckiest architects. So many of his buildings have been demolished or substantially altered. His masterpiece, the Bank of England, built over 45 years from 1788 to 1833, was mostly knocked down in the 1920s. He made additions to the Palace of Westminster (admittedly, he knocked down the work of earlier architects to do so) in 1824, only to see them (along with the rest of the Palace) burn down ten years later. Many of his country houses no longer exist, at least not in forms he'd recognise.

He worked at Tyringham House, Bucks, from 1792 to 1797. The house itself has been radically altered (in the early 20th century), and is inaccessible to the public, but his bridge and gateway remain as he left them. Pevsner devotes no fewer than 27 lines to the latter, but I'm going to feature the bridge (which gets only four).

It cocks a snook at gravity with dignity, and just a hint of skittishness, as it performs an elegant little leap across the Ouse. The carefully calculated curves, contrasted with a few straight lines, are very pleasing. What's more, the curves aren't simply in the vertical plane (as you'd expect to find in most bridges), but in the horizontal plane too. As can be seen in the photo below, the parapet curves out as it descends to the road - a supremely stylish touch. 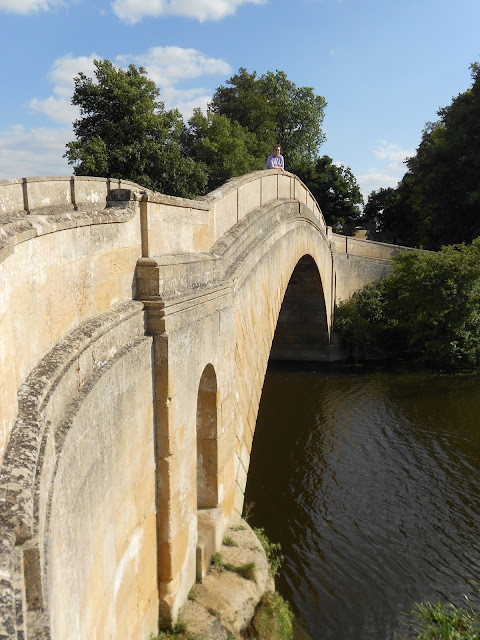 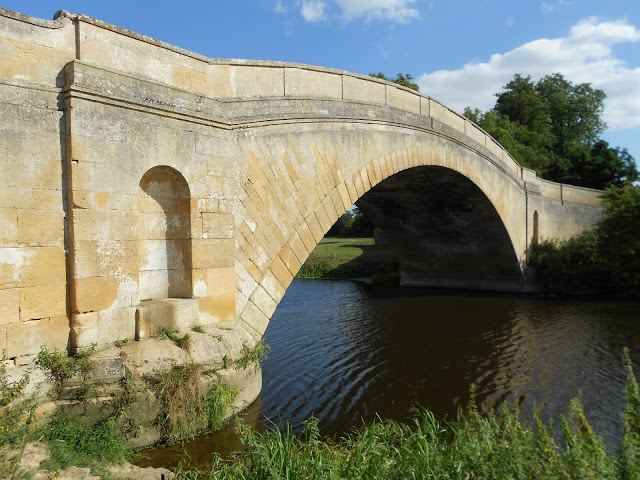 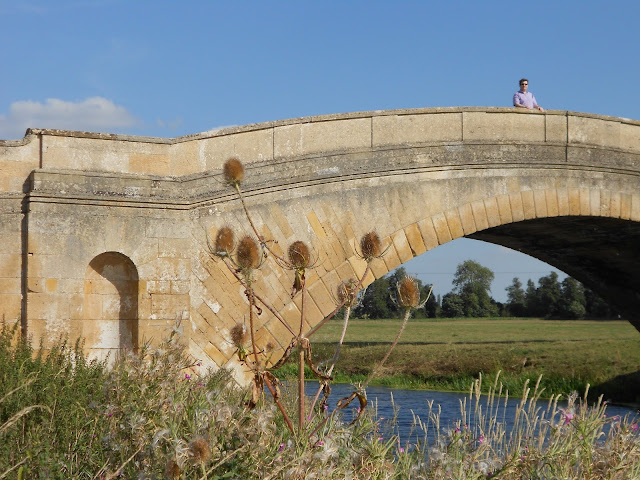 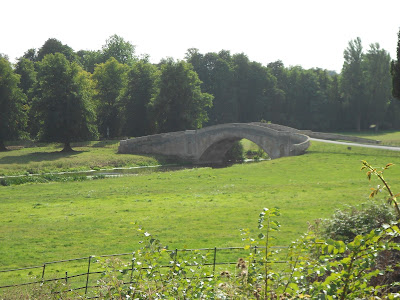 Moggerhanger Park, Beds, has thankfully survived when so many of Soane's country houses haven't. He was involved in its building and remodelling from 1791 until the 1830s, but its present form dates mostly from 1809 to 1812. For much of the 20th century it was a hospital; almost miraculously it wasn't irreversibly altered. In the Eating Room (the original Georgian name, apparently) the four Ionic columns were removed, but were stored in an outbuilding and later found to be intact. The house was in a perilous state by 1995, when restoration started, but it's now one of the best preserved Soane houses.

The grounds are open (for free) every day, and there are excellent views of the exterior. Twice a week there are tours of the interior, which I thoroughly recommend (details here). They don't allow photos inside, though, so if you want to see what it looks like, make a visit. 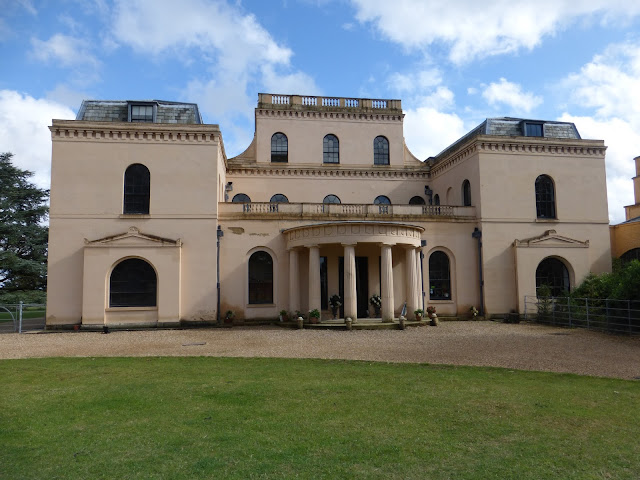 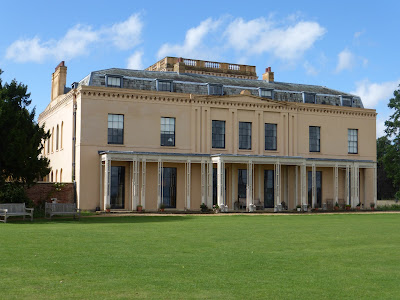 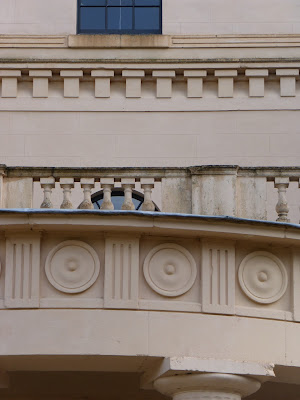 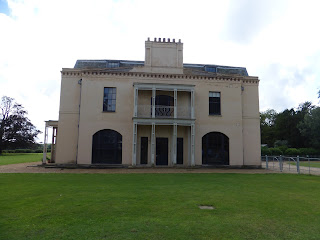 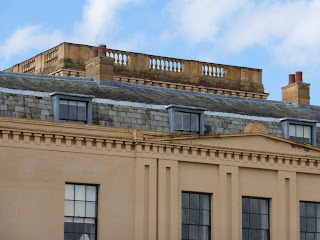 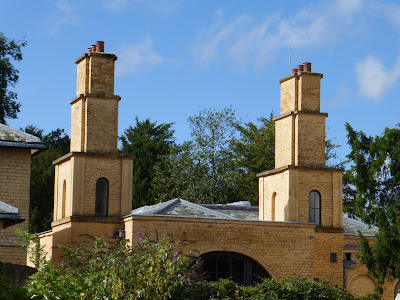 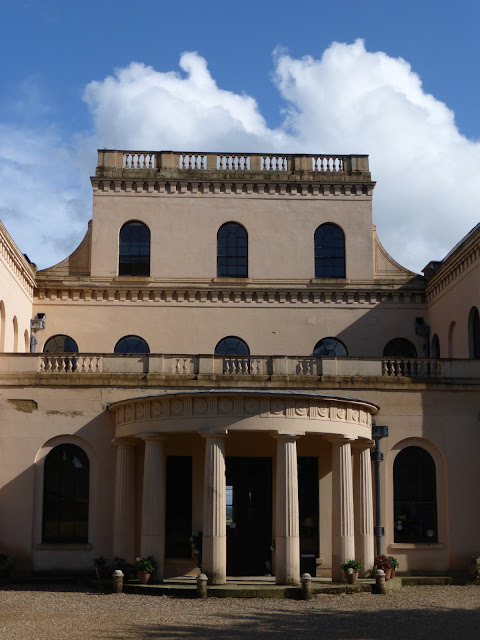 Posted by David Gouldstone at 22:22