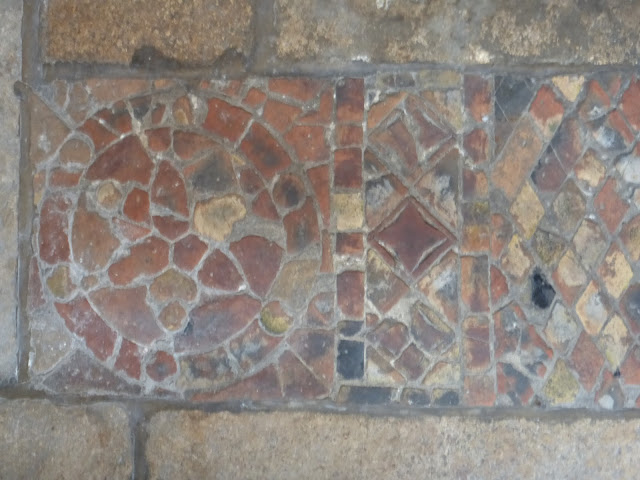 I've previously written about mosaic tiles (tiles that aren't square but are a variety of shapes, which fit together to form sometimes quite complex patterns). My interest in them began in Meesden, Herts, and was magnified by visits to Byland and Rievaulx, Yorks, and Ely, Cambs, and later to the Higgins (Museum), Bedford, which displays the remaining tiles from the long-gone Warden Abbey, Beds.

A few days ago I made a tour of some churches in the Soke of Peterborough;* after the magnificence of Castor and Barnack, and the more than averagely interesting Ufford, the last church I visited, Helpston, was in comparison anticlimactic. But I was interested to see some mosaic tiles in the chancel.

They're much simpler than the previous examples I've written about, being mostly simple diamonds or rectangles. But there are three roundels, one containing 'blades' curved to make it look as if they're rotating anticlockwise, a five-pointed and a six-pointed star. There are also some squares stamped with cinquefoils. The colours are badly faded but were once much richer.

They are roughly coeval with the Meesden and Ely tiles, that is, they date from the first quarter of the 14th century. (The 1972 Shell Guide: Northamptonshire and the Soke of Peterborough claims that 'part of a Roman pavement [has been] re-assembled in the chancel.' This can only be a reference to the mosaic tiles, and thus the dating is wrong by a millennium or more.) 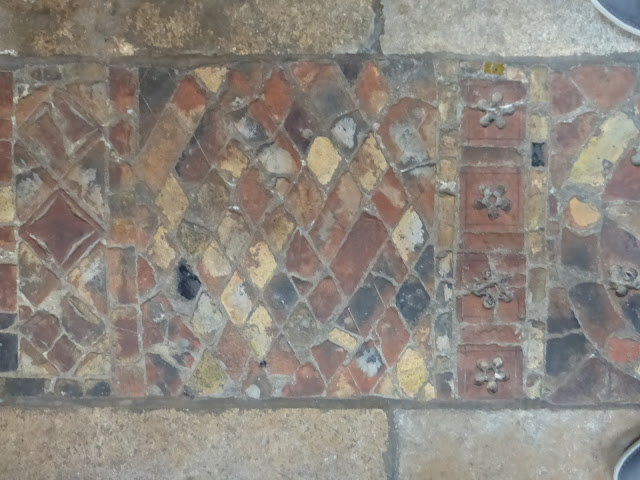 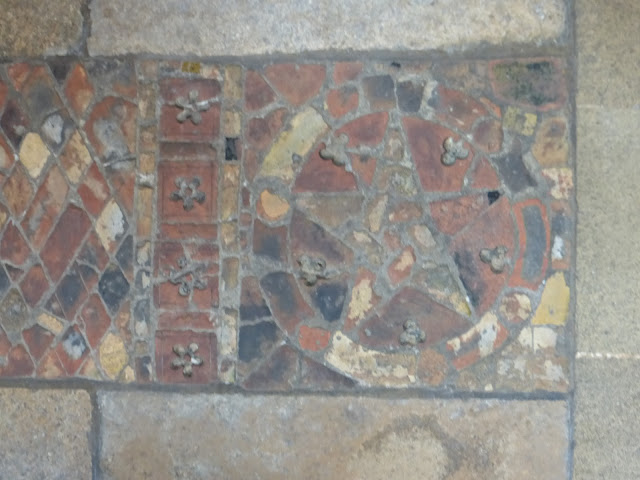 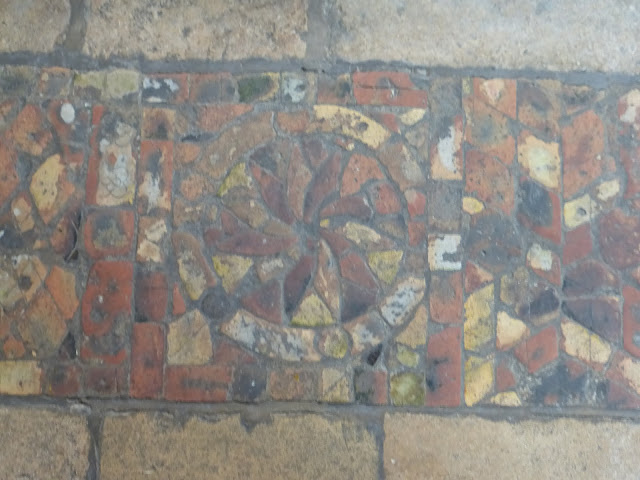 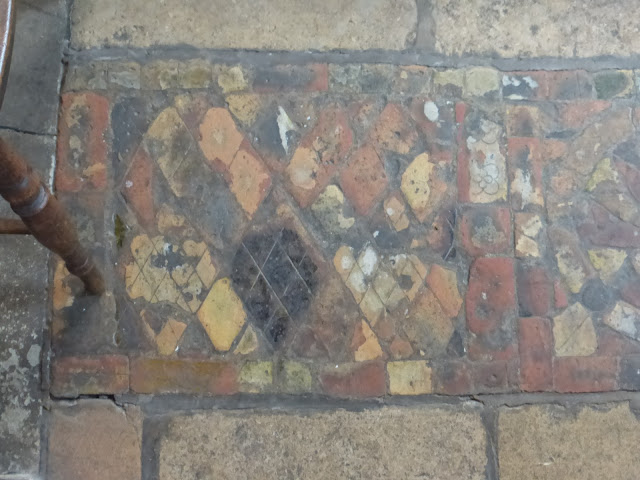 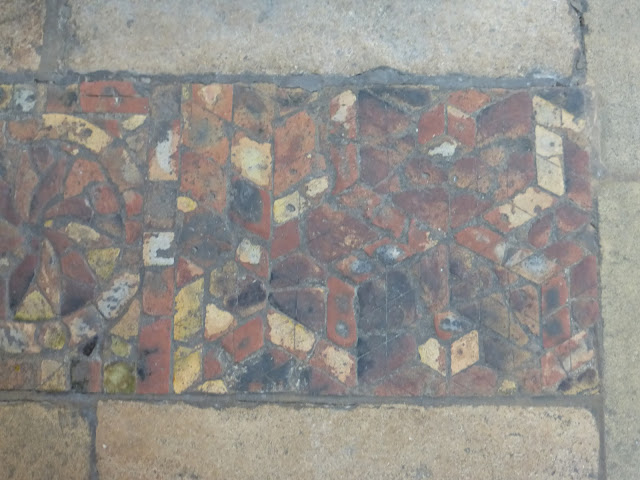 * Helpston's county status is unusually complex. Historically it was one of the thirty parishes of the Soke of Peterborough, which was abolished in 1965 to become part of Huntingdonshire. But in 1972 it was transferred to Cambridgeshire, and in 1998 its governance (and that of the rest of the Soke) was assumed by the City of Peterborough. However, it remains part of Cambridgeshire, but is found in the Bedfordshire, Huntingdonshire and Peterborough volume of Pevsner's Buildings of England, not that of Cambridgeshire. (To complicate matters, Professor Wikipedia claims that it's 'geographically in Northamptonshire', which is baffling as geography has little to do with which county a settlement 'belongs' to.) 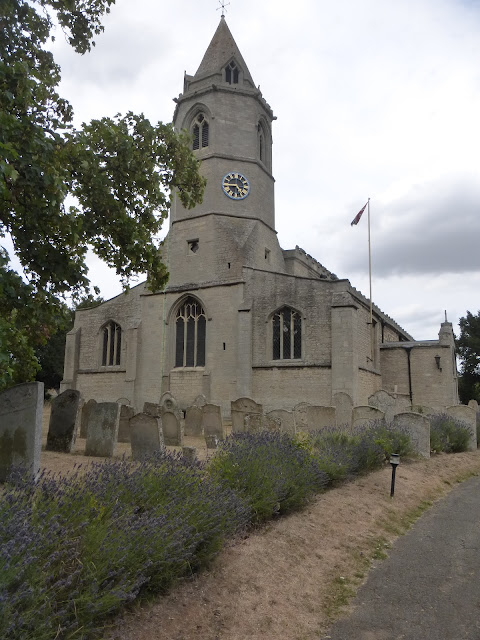 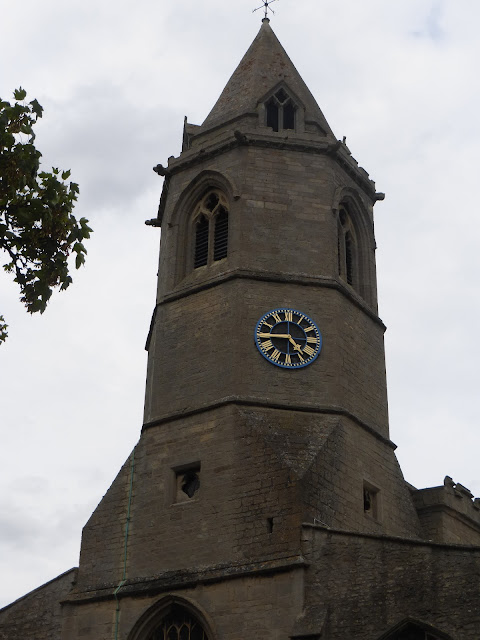 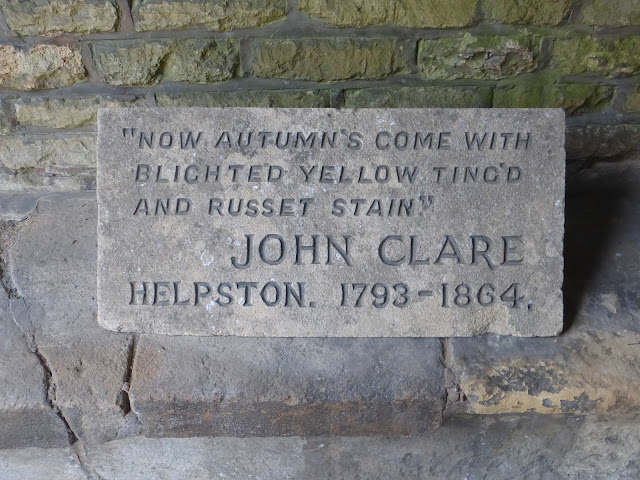 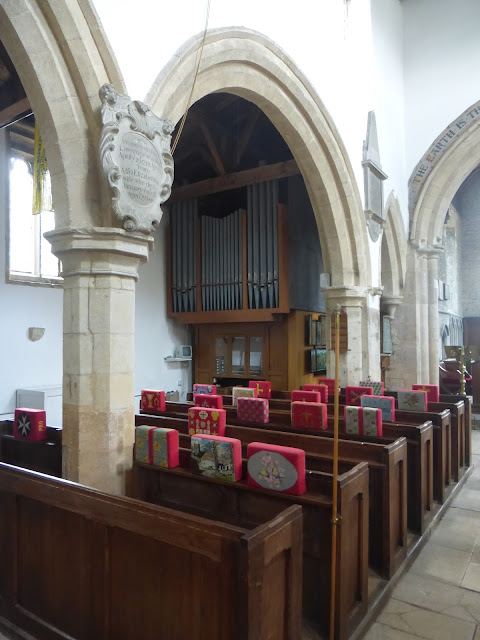 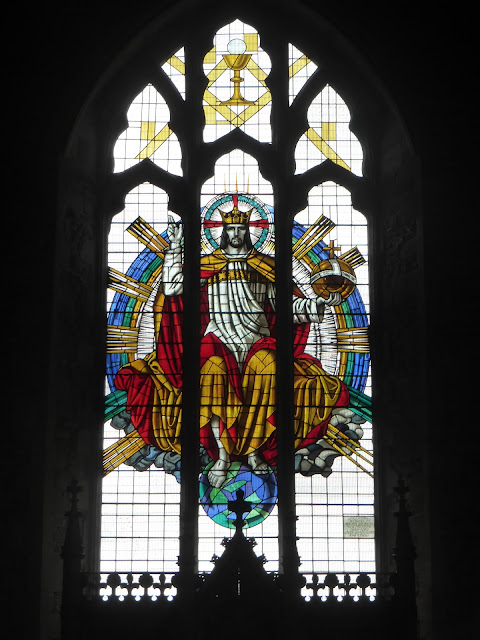 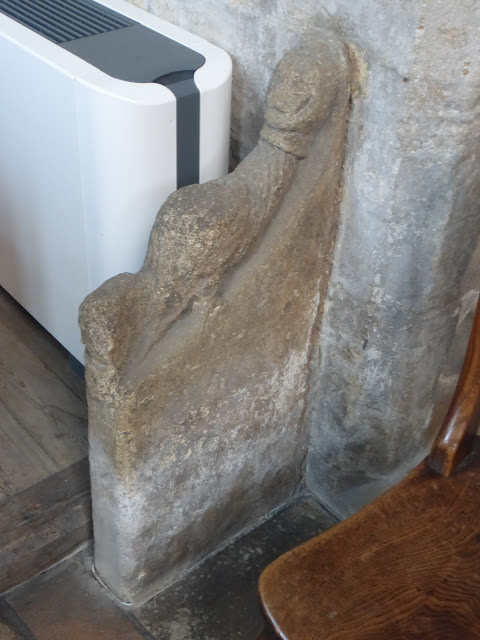 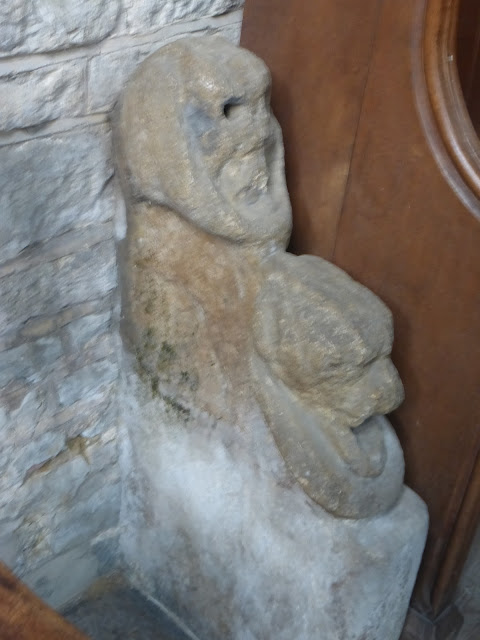 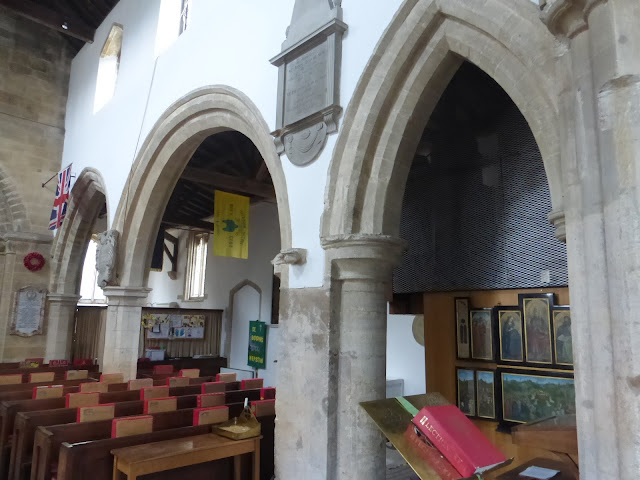 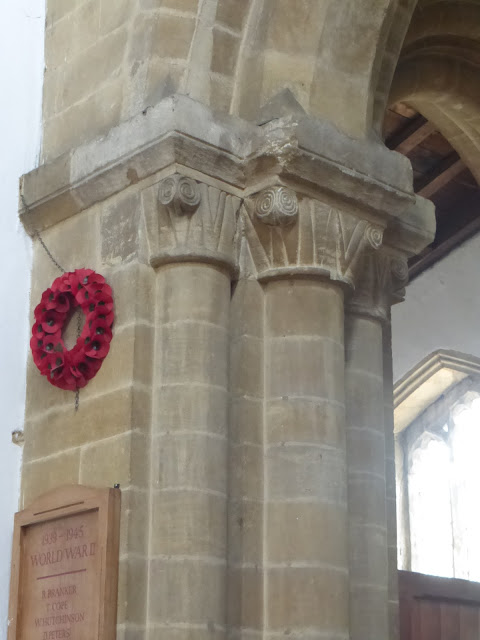 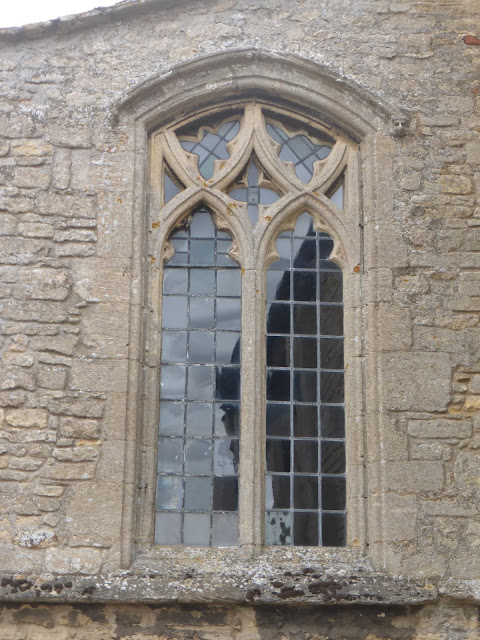 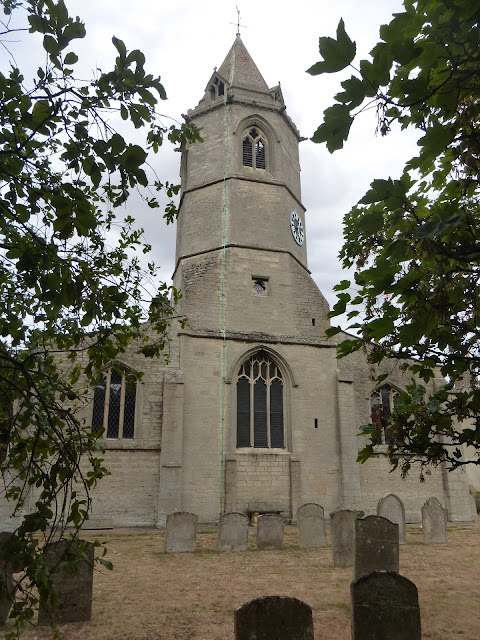 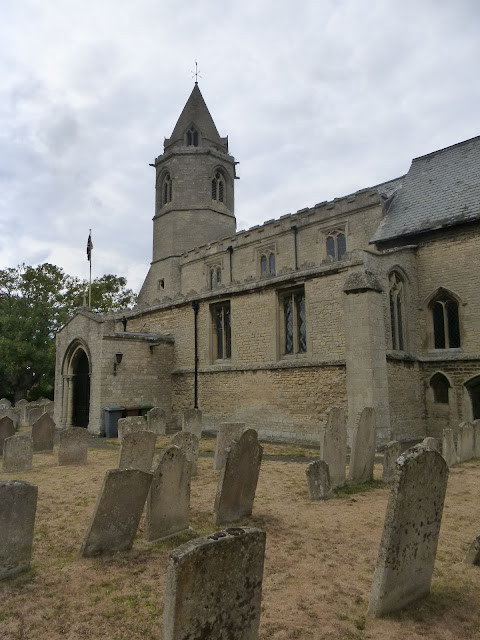 Posted by David Gouldstone at 14:17