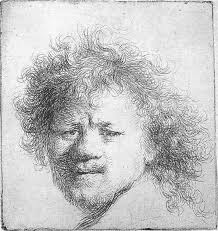 Caveat lector: this post contains a couple of bits of writing I've produced recently (nothing to do with churches).

During the interlockdown I was able to visit the Young Rembrandt exhibition in the Ashmolean, Oxford (I think the only exhibition I've seen this year). Rembrandt has long been my (on the whole) favourite painter; if I were to nominate the best painter (of course I realise that ranking creative artists is a foolish - but sometimes fun - enterprise) it would be him. He has a Shakesperean depth and range of empathy and insight into the human condition. Any exhibition featuring his self-portraits also forcibly reminds the viewer that he had a big, shapeless nose. 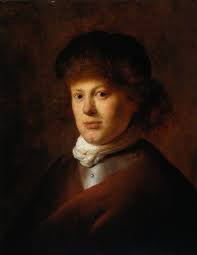 When his friend Jan Lievens painted Rembrandt's portrait (above) in about 1628 he gave him a 'normal' nose. Rembrandt himself, however, when painting and etching numerous self-portraits, seemed to relish the amorphousness of his conk, and as I walked around the exhibition I became more and more conscious of this feature, bang in the centre of the compositions as it usually was. Simon Schama wrote a book called Rembrandt's Eyes; why shouldn't I write something about Rembrandt's nose? When I got home I spent about 45 minutes on the following doggerel.

It refers to one etching and four paintings (all featured in the exhibition). The first stanza is about the etching Self-Portrait with Long Bushy Hair, c.1631 (at the top of the page). 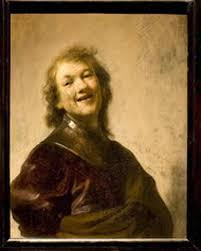 The first line of the second stanza refers to Rembrandt Laughing, c.1628, in the Getty Museum in Los Angeles. 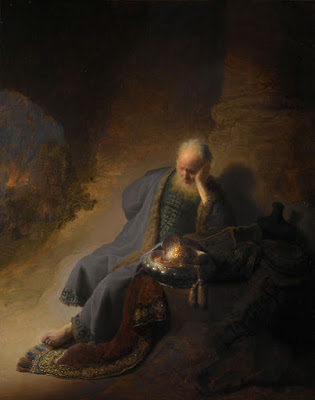 The rest of the second stanza is about Jeremiah Lamenting the Destruction of Jerusalem, 1630, in the Rijksmuseum, Amsterdam. 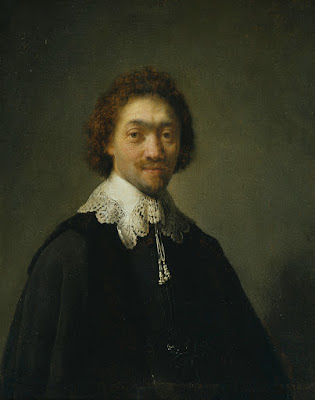 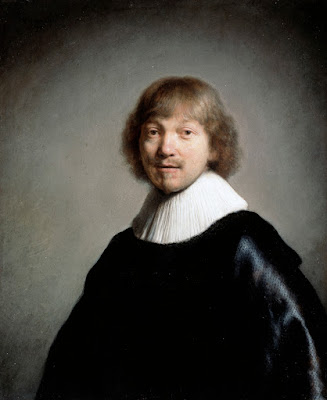 The last stanza is about Portrait of Maurits Huygens, 1632, in the Hamburger Kunsthalle, and Portrait of Jacques de Gheyn III, 1632, in the Dulwich Picture Gallery, London. Maurits and Jacques were close friends and commissioned these portraits as a token of their relationship; they each kept their own portrait but when the latter died he bequeathed his to the former. Sometime after Maurits' death the pictures were sold, and eventually ended up in galleries on opposite sides of the North Sea. The two men presumably spent much time together, but their portraits are now separated, being reunited only during exhibitions such as this. 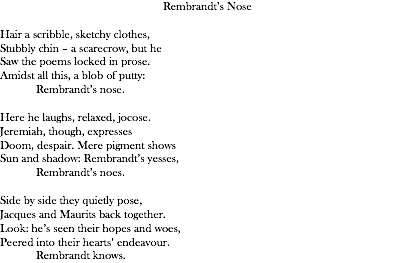 When the first lockdown started, Graham Tyrer, my friend from teacher training days (which means we've known each other all but forty years - how is that possible? Surely there's been a dreadful accounting error somewhere) started his Experiments in Zoom Theatre. He's always been a prolific writer in a variety of genres, and he decided to write some short plays specifically to be performed via Zoom (ie concerning situations in which people would really communicate via that medium). He then persuaded his friends (including me) to act in them, and put them on Youtube. I recommend them to you.

Inspired by his example, I wrote a short (15 minutes) melodramatic monologue for him to perform. My play hasn't got the excuse that it has any reason to be on Zoom; we have to suspend our disbelief and imagine that the character has chosen to tell us about his life. It turned out a lot nastier than I first intended; the logic of the narrative seemed to dictate this. It's called A 99.

Posted by David Gouldstone at 12:44